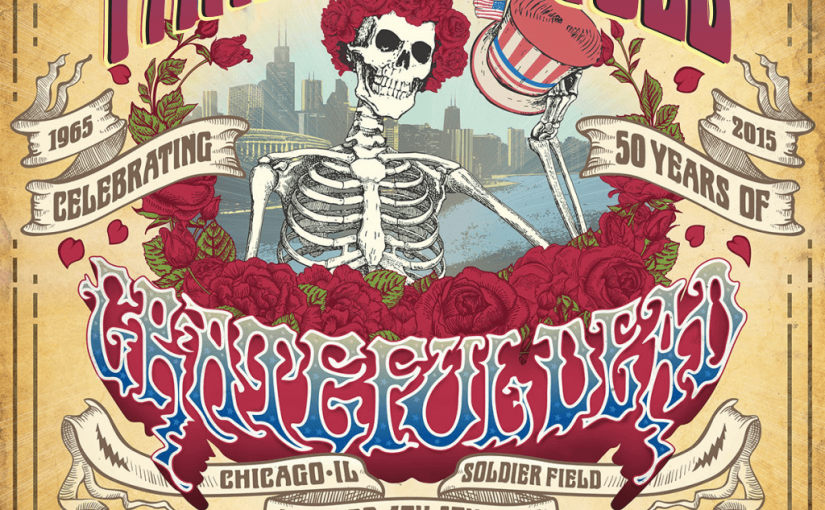 When I heard the rumors last spring about the Grateful Dead’s Fare Thee Well shows in Chicago, I was elated. Not because I love to see them play – because I hate festivals. Anyone who knows me has seen what happens to me in the sunlight. My fishbelly white skin reacts poorly and I sweat profusely. In fact, people have often looked at me in the summertime over the years and have asked, “Are you OK?” The problem with my undiagnosed sweat disorder is that typically I’m trying to look as cool as possible at outdoor summer events and instead I have pools of sweat collecting underneath my man-boobs. Here I am with my brothers and father after a casual day of golf. I’m the one with the sweat.

So the news of a stadium show in Chicago was good news to me. Sure, it was still going to be hot, but at least I could retreat to a hotel room during the days and overnight. Plus, I’m used to summer stadium shows from my experience in the late 80’s and early 90’s. In fact, seeing the Dead at RFK Stadium in 1990 like, defined my identity, man.

I was smart enough to reserve a hotel room months in advance and I was lucky enough to score tickets for all three nights through Ticketmaster. So on Thursday morning July 2, we made the relatively easy drive from Columbus, Ohio to Oprah City.

We stayed at the Club Quarters Hotel, and the first thing I enjoyed seeing there was the typical sight of the non-Deadhead hotel guest looking shell-shocked in the lobby. It always brings me great pleasure mixed with a tiny bit of pity when I see this. In Pittsburgh when we saw Furthur play (3/20/2011), sex columnist Dan Savage was staying in our hotel and he looked pretty upset about it. We rode in the elevator with him and he too had that shell-shocked look of the non-Deadhead trapped in Mars Hotel. I didn’t realize it was him until we left the elevator, and unfortunately I missed my chance to tell him, “It gets better.”

Another cool thing I saw in the hotel was a couple of dudes playing guitar in the front room. They were probably in a well-known Dead cover band because they were awesome. I sat on a bar stool beside them listening to “Jack Straw,” “Brown Eyed Women” and “Friend of the Devil” while watching the scene outside of the hotel through a plate-glass window. Man, I thought, this city is overrun with Deadheads. The two dudes beside me transitioned into “Uncle John’s Band” as a young couple, holding hands and smiling, wandered in and began dancing in front of them. I was home.

The first show of the three-night run was surreal. As we walked in they were handing out roses. I thought it was perfect for my fiance to carry around, but I was too manly to accept it. The bathroom scene was horrible as always and so were the beer lines. But the music was so well-played that the feeling that coursed through the audience was electric. “Passenger” was very well done and they played “The Wheel” better than I’ve heard it played since Jerry died, and I’ve heard it played a lot. 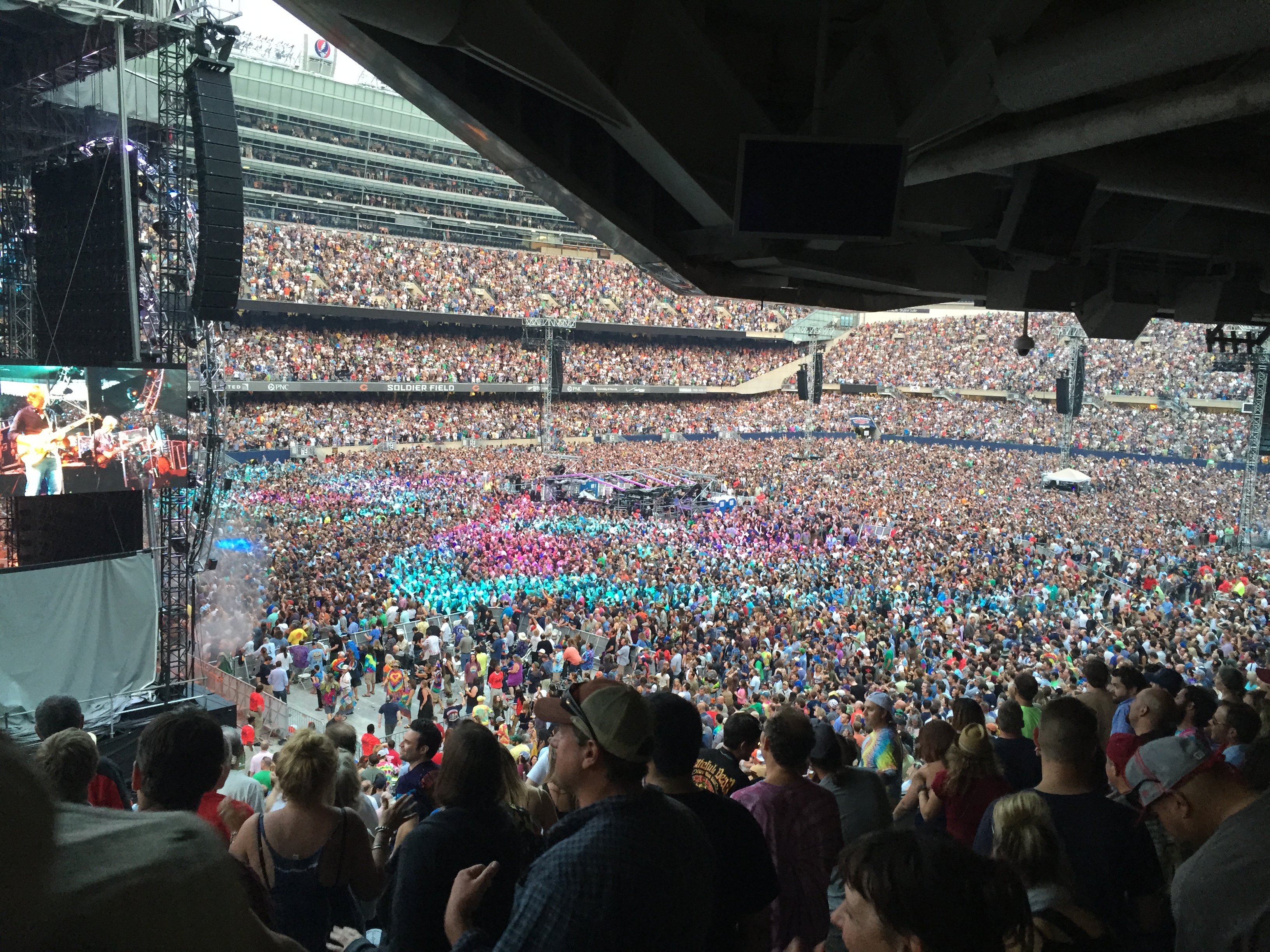 The second set was incredible too, warts and all (“Scarlet Begonias”>”Fire on the Mountain” had a few mistakes). This was a feeling that I had not experienced since the early 90’s, and not because I hadn’t seen great music played over the years by the surviving members. It was the mix of a giant stadium crowd, Trey Anastasio exceeding our realistic expectations, and the drummers. Those drummers. That’s not to say that the music was played flawlessly – but it was so joyful that we left pretty damn impressed.

By Saturday I realized that my inner thighs were probably going to catch on fire from all the walking I was doing. I began to waddle down the streets of downtown Chicago as I fetched ice from a Walgreen’s for the beer cooler. 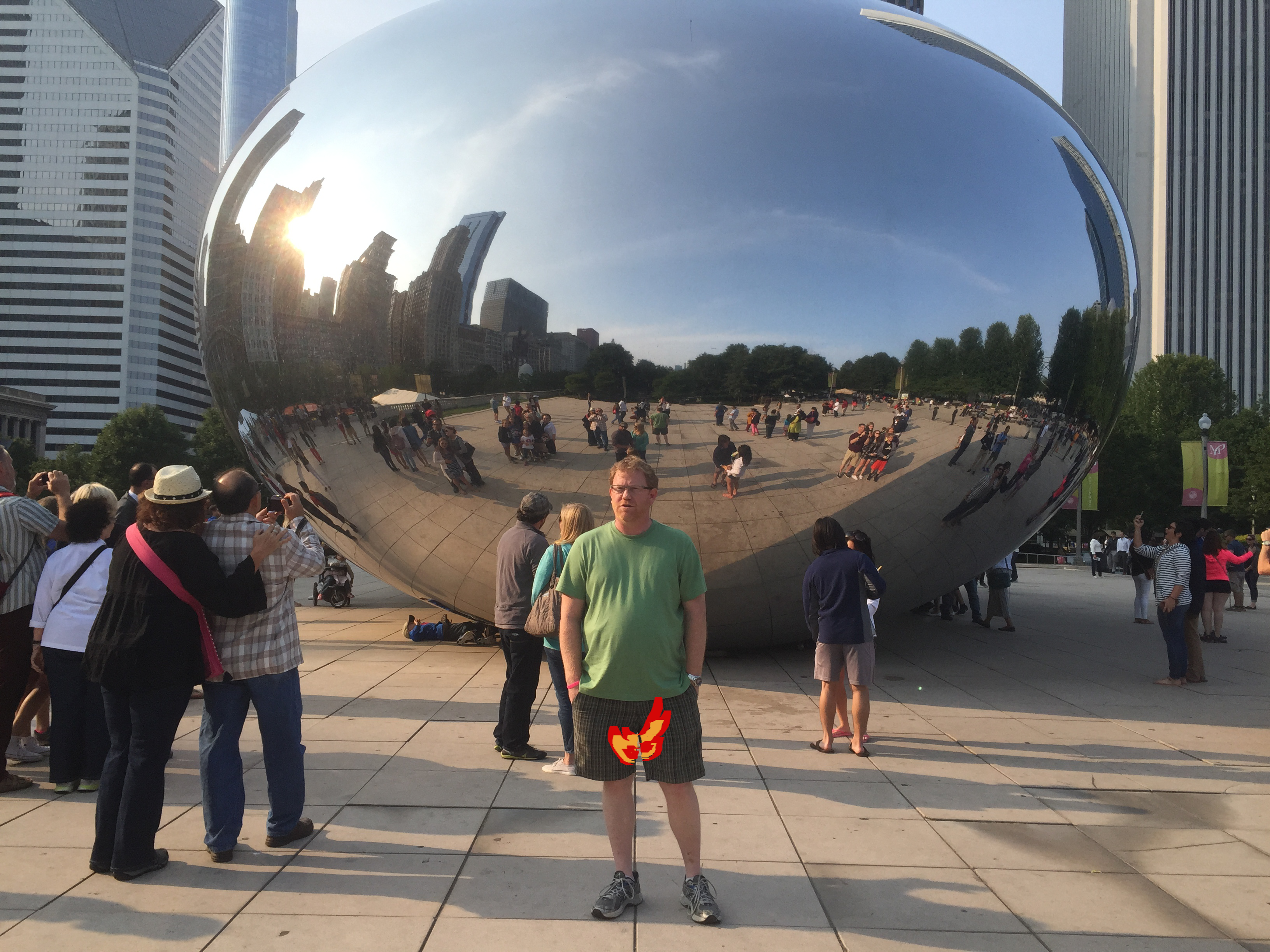 We had learned on Friday that taxis could only get you so close to the venue – that no matter what, you were going to walk, and walk a lot. So I borrowed some Gold Bond powder and we tried to see a gathering of drummers at Millennium Park during the afternoon. But we were either too late or the event never happened, so we ended up at the most reliable place to eat, Miller’s Pub.

That night’s show was fantastic too. The fact that Trey pulled off singing “Standing On the Moon” pretty much solidified that he is the real deal; that he practiced a lot for the shows and took it seriously. He, along with a Core Four that seemed extremely well-oiled and the undeniable talents of Bruce Hornsby and Jeff Chimenti, reminded us what a Dead show felt like with that “Cumberland Blues” and “Deal” to close the first set. I couldn’t believe how well it all sounded, especially treats like “Lost Sailor”>”St. of Circumstance” which are arguably hard songs to pull off for a band that hasn’t played a lot together. It was all pretty mind-blowing. If you can get this cynical bastard to sing along with “Tennessee Jed”, then you’ve done it, gentlemen. Watching hippies stare at fireworks after the show was an added bonus too. 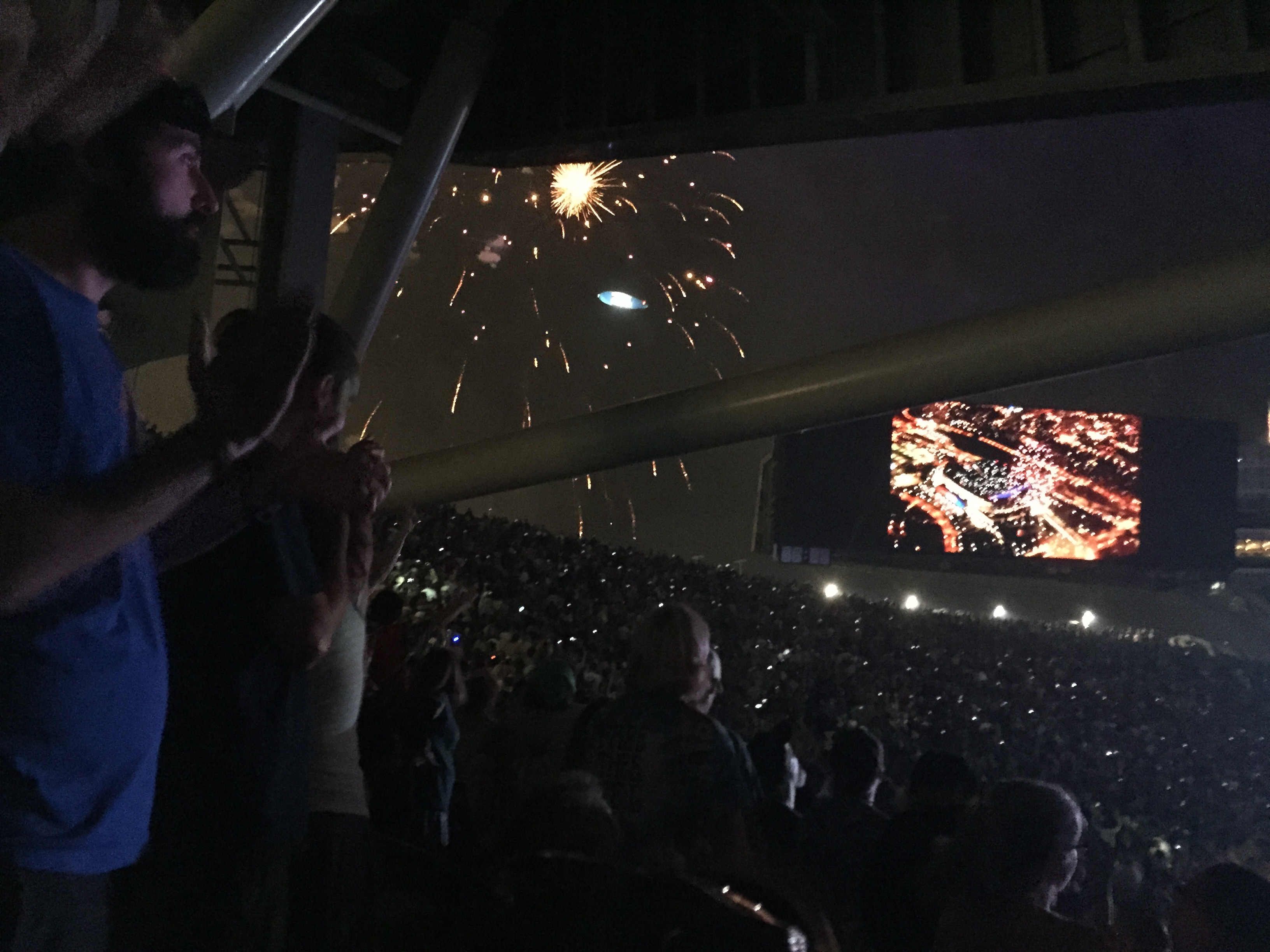 On Sunday, we sampled some Chicago deep dish pizza at Lou Malnati’s. This place was packed as expected, and while waiting in line I got to experience some of that Chicago-style pushiness from some jerkoff in one of those hats with a feather in it. Yes, he was probably not from Chicago, but still – can I please visit this city without running into some douchebag who doesn’t realize that Chicago is just a very large Toledo?

Sunday was just as good as the previous two shows. On a tour, maybe a Sunday show could be a sleepy, slower performance, but this Sunday night happened to be the last time the members of the Grateful Dead would play together. The first part of the second set was stellar with that “Truckin'”, “Cassidy”, “Terrapin Station” and “Althea”. The “Touch of Grey” at the end of the show was about the time that about 30,000 Deadheads started to cry in the stadium. I thought that “Attics of My Life” was appropriate but depressing.

We left Soldier Field very satisfied. At this point my chafed inner thighs had become numb so I didn’t really care about them as we walked down Michigan Avenue. We watched a shirtless young man fall down drunk on the sidewalk by our feet and his friend looking irritated as he picked him up and demanded that he stand on his own. We ran into friends and discussed the shows as the cars sped by, honking their horns. We saw a strange old man with sunglasses and a pet goat standing silently in the grass beside the sidewalk. I started to take a photograph of him, but then realized that it was just another sight at a Dead show. No biggie.

It was such a great experience, and I consider myself very lucky to have gotten tickets to the Chicago shows. The webcasts were also very well-produced from what I experienced watching the Santa Clara shows from Levi Stadium too. I just read a story that the pay-per view totals for the 5 night run, including the Levi Stadium shows, was 400,000. And anyone who purchased those webcasts had a houseful of people watching, so it was probably way over a million viewers. Add that to the attendees in the stadiums – 151,650 at Levi Stadium and 210,283 at Soldier Field, and I’d say that we had ourselves a pretty good gathering of the vibes. 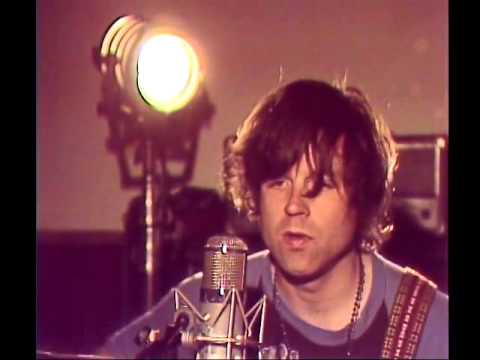 Ryan Adams is a genius, and here is why. 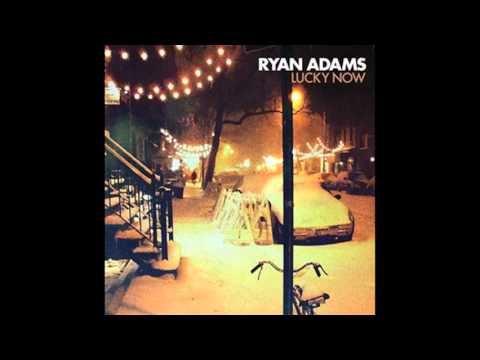 OK folks, here we go again.  The genius of Ryan Adams continues as he releases his new album Ashes & Fire on Oct. 11.

“I played acoustic on all of them and sang and played live to tape. We recorded the album ALL 100 percent ANALOG ( 2″ tape mixed to 1/4″). A computer didn’t touch this album. It has very few overdubs. I gave these songs the most consideration I have ever given and it is certainly the longest amount of time I’ve spent writing. It was made with total love. Very excited. XX”

To whet our appetite, he’s released not only the first single on cyberspace, but he’s put a video up on YouTube playing an acoustic version of the title track.  Nice. 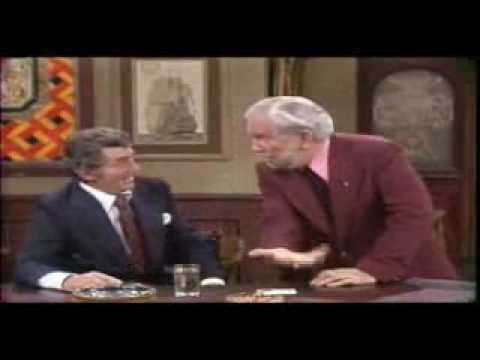 THANK YOU FURTHUR for a real good time! The Althea, along with “Estimated > Eyes > Rider, Golden Slumbers > Carry That Weight were all great and I had a really, really fun time at the Petersen Events Center on 03/30/2011. LOVED IT!

I got the hiccups during the first set, however, and I knew that my entire show could be in jeopardy, since once my diaphragm gets a twitchin’, I can end up looking like a ginger version of Foster Brooks doing his drunken airline pilot bit.

Speaking of venues, I’d like to thank the Commonwealth of Pennsylvania for your hospitality once again. Thank you, unfriendly waitress in the Oakland Holiday Inn restaurant…thank you, drunken idiots on our shuttle…thank you, guy who demanded “pharmies” from me and sex from my girlfriend in the hallway of the hotel, and finally, thank you, totally unhelpful jackwagon jerkoff ladies at the hotel front desk and in Housekeeping.

There were 2 Pennsylvanians who were friendly to us during our visit, so I have to acknowledge them. Thank you, lady pouring beer on the mezzanine who made jokes and smiled. And thank you, toothless old guy pouring beer at the hot dog stand. But as for the rest of you, once again it seems like I am pissing you off by being alive. SORRY Pennsylvania. JEESH.

So, the tradition continues – I once again vow to never see a concert in Pennsylvania ever again. We’ll see how long the vow holds up this time. 😛