For the last two and a half years, you have prevented acts of terror on American soil and I would like to thank you for that, Mr. President.  Not only that, you have also hunted down and killed Osama bin Laden, the terrorist responsible for 9/11, an act of war committed against us by religious fundamentalists across the globe.  You are a Pimp and Long-Legged Mack Daddy.

As @KeithOlbermann said in his special comment last night, it’s a cop-out for Republicans to suggest that you jumped into the marathon at mile 22 and are taking the credit for the work done by Bush.  I agree that Bush should be recognized as part of the fight to kill bin Laden – and so should Clinton, who attempted to kill or capture him in 1998.

And he was a  failure at bringing Osama bin Laden to justice for the next 7 years.  Thank you for keeping us safe, President Barack Obama.  Thank you.

Let’s take a look at these two pics.  The first guy looks like a confused child as he learns of the 9/11 attacks.  In the second, Mr. President, you look like a Pimp and a Long-Legged Mack Daddy as you watch video of the Navy SEALs storming the compound. 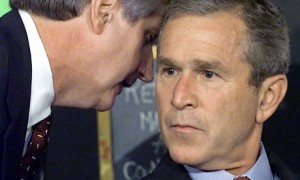 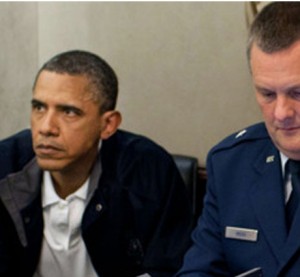 This was the day after you killed onstage at the White House Correspondent’s Dinner.  Originally the raid on bin Laden was supposed to take place Saturday, but because of weather conditions in Pakistan it was delayed.  I like to think how cool it would have been if you went down in history delivering a great stand-up set at the precise moment that you got bin Laden.

Ahh, but I guess I shouldn’t pile it on too thick, because I could be accused of gloating.  But what can you expect, especially since your detractors have resorted to calling you a Kenyan Manchurian Candidate, when in fact they are simply furious that you received 365 electoral votes to McCain’s 173, and your popular vote was 69,456,897 to McCain’s 59,934,814?

Don’t worry, Mr. President.  These people are in the minority.  They are still mad that they lost the election and guess what….they are going to lose the election again in 2012.