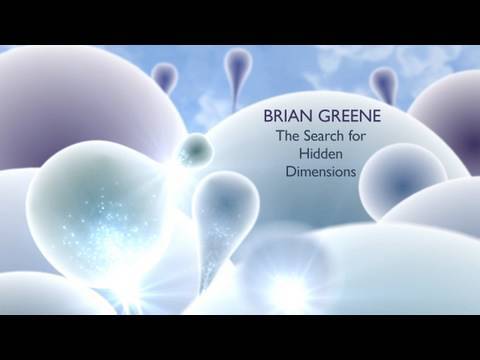 Stephen Hawking reignited the Science vs. Religion debate recently with the publishing of his new book titled The Grand Design.  In it he states that the creation of our universe “does not require the intervention of some supernatural being or god.”

“Spontaneous creation,” Hawking writes, “is the reason there is something rather than nothing, why the Universe exists, why we exist. It is not necessary to invoke God to … set the Universe going.”

This has riled up a bunch of idiots around the globe.  But instead of wrestling with the question of whether or not there is a Creator, he is actually referring to a theoretical physics model that suggests that our Universe, created as a result of the Big Bang,  is one of many other Universes — perhaps trillions of other Universes.

And since no one explains theoretical physics better than Brian Green, I thought I’d share this video with you, which explains the multiverse theory and hidden dimensions that we cannot perceive.  It also has a cute little cartoon to go with it.

And if you would rather watch or talk about Ohio State Buckeye football instead of contemplating a fascinating topic like this one, then punch yourself in the face, thanks.