As we approach May 21st, there’s an ever-increasing feeling of electricity in the air and we all know why — it’s because The Rapture is coming!  I think people are going to start disappearing before our very eyes, and let me tell you, I am excited.

If you’ve led a pious life and get mad about the sinners, you’re gonna get raptured, yo! You’re going to leave this earthly plane in a puff of white smoke or something and along with it, you get to leave behind all of the wretched dregs of humanity who don’t deserve Salvation.

If you live in the South or you pray every day, you’re gonna get raptured, yo! The libs in the North with their martinis and berets will be left behind, in places like New York or Vermont or Hollywood.  They will be acting very smug on May 21st as they eat the olive in their martinis, mocking the live video footage of Sarah Palin on the TV above the bar.  And then they will see Sarah Palin disappear in front of their eyes because she was Raptured. 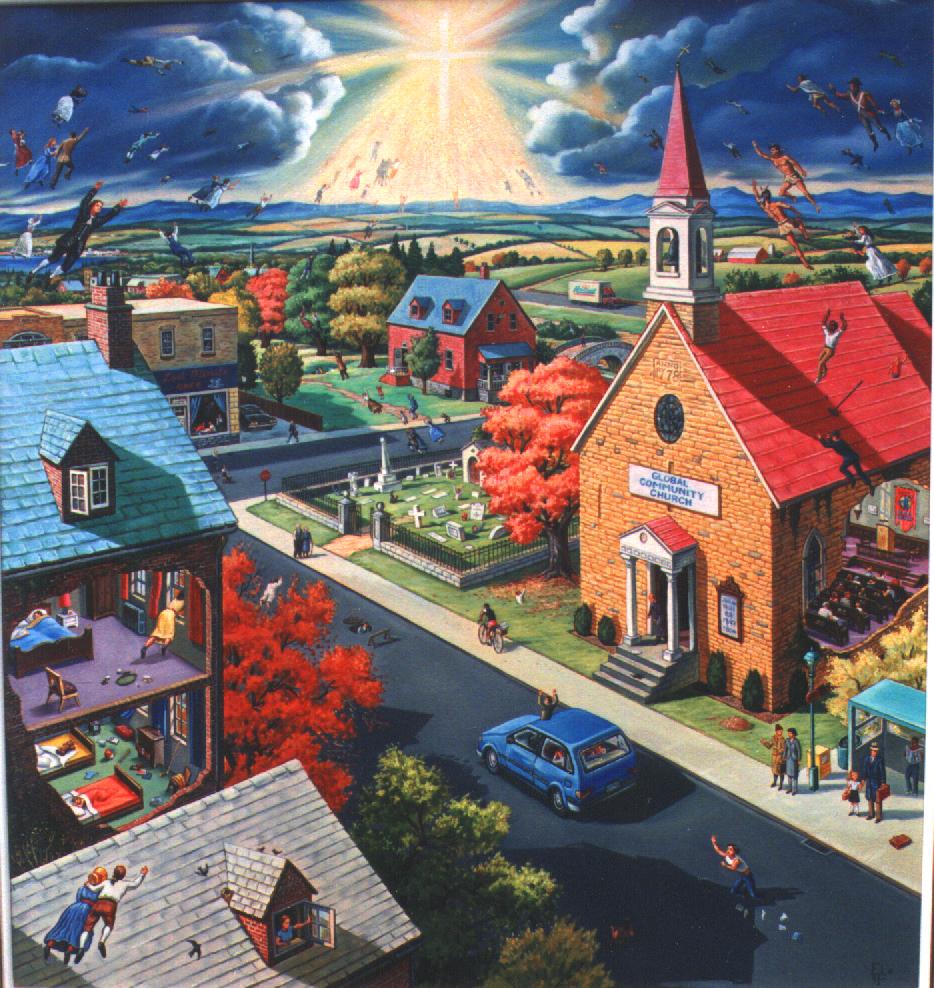 If you’re happy about Obama killing Osama but still worried about the threat of sharia law infiltrating the U.S., calm down.  You’re gonna get raptured, yo. None of it will matter anymore; those Muslims can go ahead and take over the country along with all the stuff you are leaving behind.  On May 21st there’s going to be a terrorist sitting in your La-Z-Boy watching your TV!

As a piece on NPR’s site highlighted, you people in the Evangelical community are getting pretty revved up about the arrival of May 21st.  I mean, why wouldn’t you?  You’re gonna get raptured! The goats will be separated from the lambs, or something like that.  All of the sinners will be left behind and let me tell you, it’s going to be a party.  There will be all kinds of sinful things going on in your wake. It will be like a giant global episode of True Blood until Satan comes and takes everybody who was left behind to Hell.  It will be an Epic Fail on the part of the sinners.

They’re going to get totally burned, dude!  But you’re gonna get raptured.