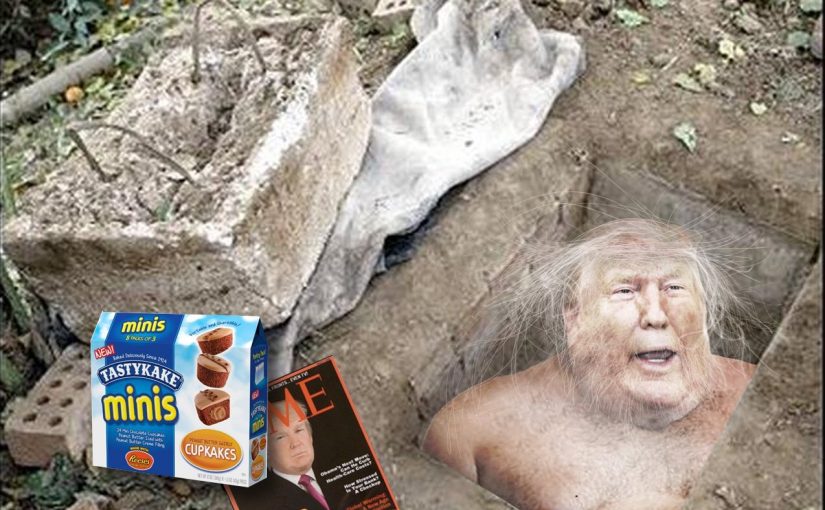 For those who have been paying attention, there has been a lot of information thrown at us over the past two years that suggests Trump has engaged in rampant corruption, criminal activity, and even perhaps conspiring with an enemy foreign nation to subvert and win a U.S. presidential election. It has become clearer and clearer that foreign money, much of it generated through international organized crime, has been laundered through the Trump campaign and the GOP, aided by an alt-right propaganda network coordinating with major news outlets like Breitbart and Fox News to put forward an agenda that rewards the criminally corrupt and keeps the GOP in power.

But we’ve seen few consequences thanks to a complicit Republican Party and in the meantime, Trump is dismantling the pillars of democracy, burning our alliances, ceding strategic dominance to Russia and China in the Middle East, cozying up to dictators, bankrupting America while enriching his family and cronies, and covering up murders by the #BonesawMafia.

But please, cheer the fuck up everyone. Trump is done.

As far-fetched and complicated as the grand conspiracy known as RussiaGate all seems, so much of it is verifiable and backed up with evidence. And if you are about to say “but his supporters don’t care,” I don’t give a shit what a quarter of the population believes, the MAGA mouth-breathers who will never abandon him, because these traitors are all going to jail (minus those who have cooperated, because mob prosecutions require cooperation).

And all of it is unfolding in front of us despite it taking much longer than any of us would’ve hoped or dreamed.

This corruption and criminal activity and treason has been right out there in the open. If someone like me has been able to learn and study these things backed by ample evidence simply by reading research posted on Twitter, it means these people are CAUGHT. Who cares what the morons believe.

Especially the information network run by the alt-right, not to mention the Russian money going into religious 503c’s and the NRA which then was funneled to the Republican Party. This will ALL be exposed, and soon.

And the 1/3 of people who don’t believe that this criminal conspiracy exists will be reduced to 15% tops after the list of charges comes out, which is the natural percentage of our population who are total irredeemable scumbags anyway.

America will slowly return to being a normal country with normal laws and policies and rulers. It starts in a few days.

They are all caught. It is over for them. The only thing that I’ve been wrong about is the timeline.

If you are disappointed with the meager charges so far, it belies the obvious fact that conspiracy charges all have to be charged on the same day as to not tip off the remaining members of the conspiracy. Those are yet to come. Even though people like Mike Flynn have reduced sentences for their cooperation, that does not mean he won’t be charged with conspiracy along with others UNLESS he delivered us Trump. And 19 interviews with Mueller probably means he did.

The conspiracy arrests must happen before the report is released, so in the roughly the next six weeks we will see multiple indictments on the same day and if Don Jr. and Ivanka and Eric are spared from those indictments, it only means that the Department of Justice is negotiating a resignation from Trump in exchange for sparing his children.

In conclusion, the tide has turned and we should celebrate. From simply researching existing indictments I can give you a very plausible list of charges that Trump faces under sealed indictment:

3. Criminal conspiracy to commit an offense against the United States through cyber operations that involved the staged release of stolen documents for the purpose of interfering with the 2016 president election

7. Conspiracy to commit an offense against the United States by attempting to hack into the computers of state boards of elections, secretaries of state, and US companies that supplied software and other technology related to the administration of elections

8. Abuse of power/malfeasance in office

Plus some potential charges like Sedition (during the transition) and oh, I don’t know…Espionage. And probably 10 more. Maybe even human trafficking through Trump Inc. models and Epstein.

And I know what you are thinking. You’re thinking Pence.

I hereby strike down your cynicism and despair one last time.

Trump and Pence will be gone soon. Acting President Nancy Pelosi will steer the ship until 2020. And I will fly my newly purchased American flag with pride.