It started when he demonstrated that he’s Putin’s Bitch (“Russia, if you’re listening”), it was reinforced during his interview with George Stephanopoulos when he said he would accept foreign help, and now it has been shoved in our faces like a giant turd with the Ukraine whistleblower story, where he admitted to the world that he sought dirt on his political opponent from a foreign power. 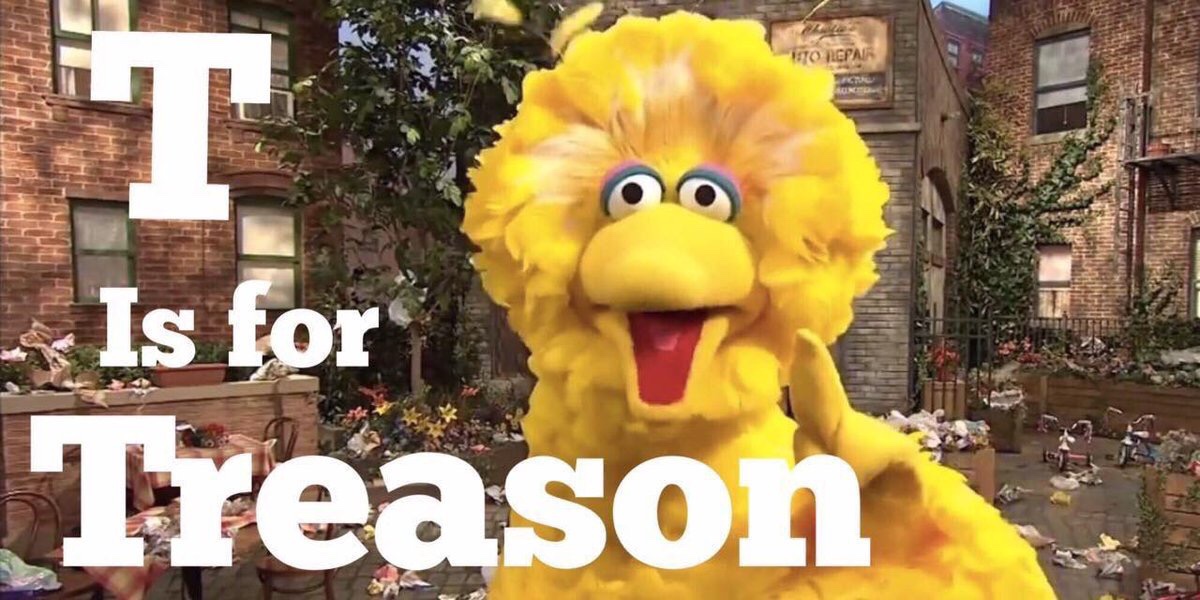 The Mueller Report failed to establish an explicit conspiracy with the Kremlin, but any moron can see that when Trump’s son Fredo sought dirt from the Russians and when his campaign manager, who was working for free and in debt to Oleg Deripaska, passed polling data from the crucial swing states to an agent of the Kremlin, it was fucking treason.

When the #PussyAssBitch sided with murderer and autocrat Vladimir Putin over his own law enforcement and intelligence agencies in Helskinki, it was fucking treason.

And finally, when this Adderall-sniffing shitgibbon asked the President of Ukraine EIGHT times to dig up dirt on his political rival in exchange for taxpayer money – our money allocated to defend against Russian aggression, it was fucking treason.

My definition of a traitor is a person who works against their own nation with the assistance of a foreign power. He meets that definition.

One thought on “Trump is a Traitor”